Nissan is all set to launch the Magnate subcompact SUV in India. We have confirmed news now that the car will be launched on November 26 and that’s the day when we’ll get to know the price of the car. The upcoming Nissan Magnate will be based on Renault-Nissan Alliance’s CMF-A+ platform. Visually, the SUV comes with bold styling with the large chrome bordered grille, sleek headlamps with LED projector lights, LED daytime running lamps, and ample bumper, wheel arch, and underbody cladding. The Magnate also gets a dual-tone roof option, dual-tone alloy wheels, silver faux skid plates at both ends, silver roof rails, a rear spoiler, and LED taillights.

The cabin will get a minimalist look with an all-black treatment, featuring an 8-inch infotainment system and a 7-inch fully digital instrument cluster. The former comes with Apple CarPlay and Android Auto connectivity, which are wireless, while the instrument cluster offers an array of information to the driver. The SUV also gets a multi-functional steering wheel with push-button start function wireless charging and a segment-first 360-degree camera. The Magnate will also get vehicle dynamics control, hill start assists and traction control, and a Tyre Pressure Monitoring System. Apart from that, you will also get ABS with EBD, dual airbags, and anti-roll bars for tight cornering at high speeds. 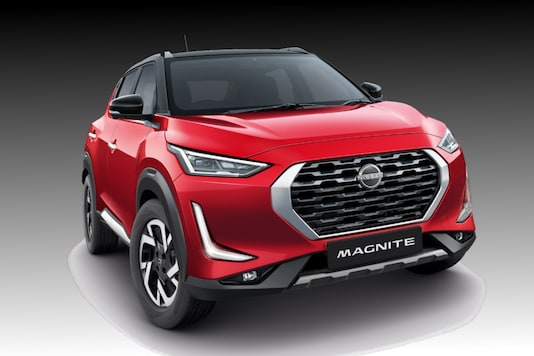 In fact, recently a leaked image revealed the variant-wise prices of the SUV, suggesting that it will get a starting price of ₹ 5.5 lakh (ex-showroom) for the 1.0-liter XE petrol variant. And, the top-of-the-line 1.0-liter turbo petrol XV premium CVT variant will cost ₹ 9.55 lakh (ex-showroom). If launched at the above-mentioned starting price, it will not only undercut the big players like Maruti Vitara Brezza, Hyundai Venue, and Tata Nexon but also recently launched Kia Sonet SUV by a fair margin, which starts from ₹ 6.71 lakh (ex-showroom).

The SUV will get two petrol engine options – the 1.0-liter naturally aspirated motor and the new 1.0-liter turbocharged petrol engine. The naturally aspirated motor will make 71 bhp and 96 Nm of power figures and will come mated with a 5-speed manual gearbox as standard. The turbocharged motor will churn out 99 bhp and 160 Nm of peak torque. Transmission options will include a 5-speed manual and a CVT automatic transmission. As for fuel efficiency, the manual and CVT variants with 1.0-litre turbo-petrol unit will return a mileage of 20 km and 17.7 km respectively. However, the naturally aspirated petrol variant will offer 18.75 km.